With 20 years of serving great food, At Country Boy we fit your lifestyle and taste! Whenever you are looking for a hot nutritious breakfast, a quick lunch (or brunch), or delicious dinner, Country Boy welcomes you.

“Over  70 million served and counting. Families are praising the food at Country Boy Restaurant. Country Boy is the best value for your family – we offer Great services and great prices”

A Delightful way to start your day. 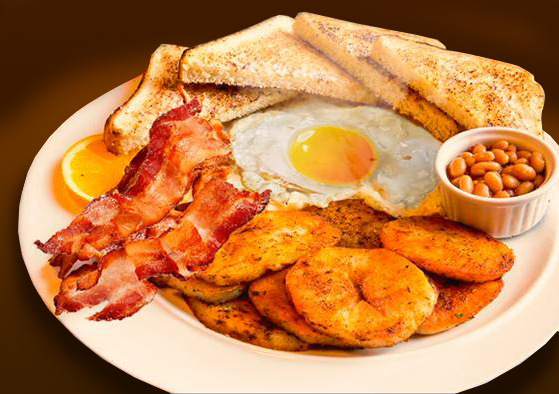 Made with Canadian Pamela Bacon!

The vegetarian version of our famous special made with garden fresh tomatoes.

Served with two fresh eggs made to order plus home fries, toast and jam.

Our omelettes are made with three farm fresh eggs and served with home fries, toast and jam!

Green peppers, onions and our own Spanish sauce.

A perfect blend of diced ham and cheddar cheese

A combination of ham, sausage, bacon and cheddar cheese.

A magnificent blend of mushrooms and diced ham topped with melted Swiss cheese.

All sandwiches served with fries and coleslaw OR substitute either Garden or Caesar salad. For the lighter eater, sandwiches with fries, coleslaw or salad, subtract $1.00

Three pancakes or three pieces of French toast served with syrup, butter and a side fruit cup.

Two fluffy pancakes plus two pieces of French toast and your choice of either blueberry or strawberry syrup topping.

ADD a side of either ham, bacon, breakfast or polish sausage
ADD a side of Canadian pea meal bacon
ADD Blueberry or Strawberry syrup topping

3 pancakes served with plenty of our famous blueberry syrup

Our perfect pancakes served plenty of our famous strawberry syrup.

with whipped cream, butter and syrup.

Our waffle with whipped cream and a side fruit cup.

Our waffle with whipped cream and blueberry syrup topping

Whipped cream and strawberry syrup topping made this waffle special!

Country Delight!
One of our most popular breakfasts!

A wonderful oven baked blend of home fries, fried onions, green peppers, mushrooms and cheddar cheese. Topped with 2 eggs and your choice of either bacon, ham, breakfast or polish sausage plus toast and jam!

Lumberjack Breakfast – For a healthy start!

Three eggs, three of bacon, three slices of ham, three pieces of sausage plus home fries toast and jam and your choice of two pieces of French toast or pancakes and syrup.

Your choice of either five slices of bacon, or five breakfast or polish sausage, or three slices of ham served with home fries toast and jam.

For our young guests, 12 and under.

2 eggs with a choice of either bacon, ham, breakfast or polish sausage. Served with home fries and toast with jam.

Grilled Cheese sandwich with a choice of either bacon, ham, breakfast or polish sausage on the side.

2 pancakes, with butter and syrup.

2 pieces of french toast with butter and syrup. Add blueberry or strawberry syrup topping. Add a kid-sized choice of either ham, bacon, breakfast or polish sausage.

Our lite starts are all healthy choices.

choices include: Strawberry, Vanilla or Blueberry

Bottomless Fresh Coffee & Tea always fresh & ready on the table in a carafe! 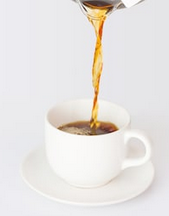 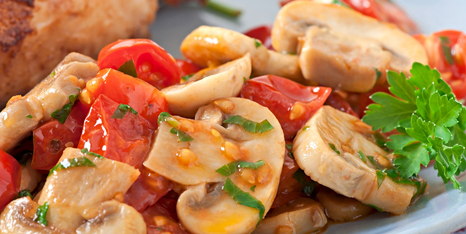 Select One of Four Different Sandwiches

Served with home made soup, and either Garden or Caesar salad, and your choice of brown or white bread – or try a fresh pita wrap! 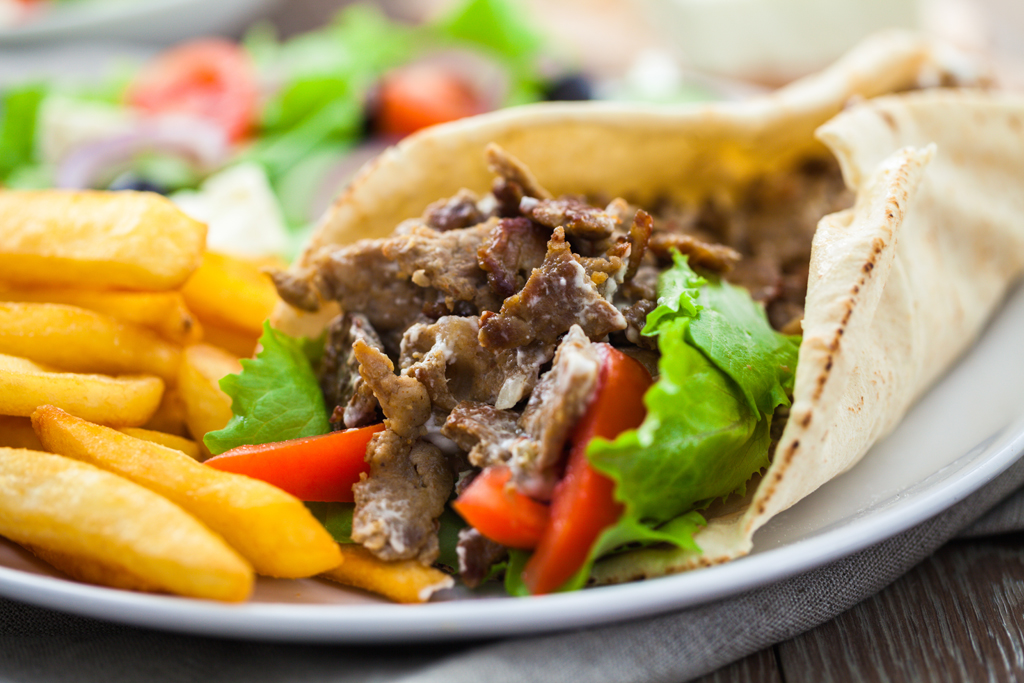 Gyros
This meal of ancient kings is served with pita bread, tzatziki sauce, Greek salad and your choice of potato 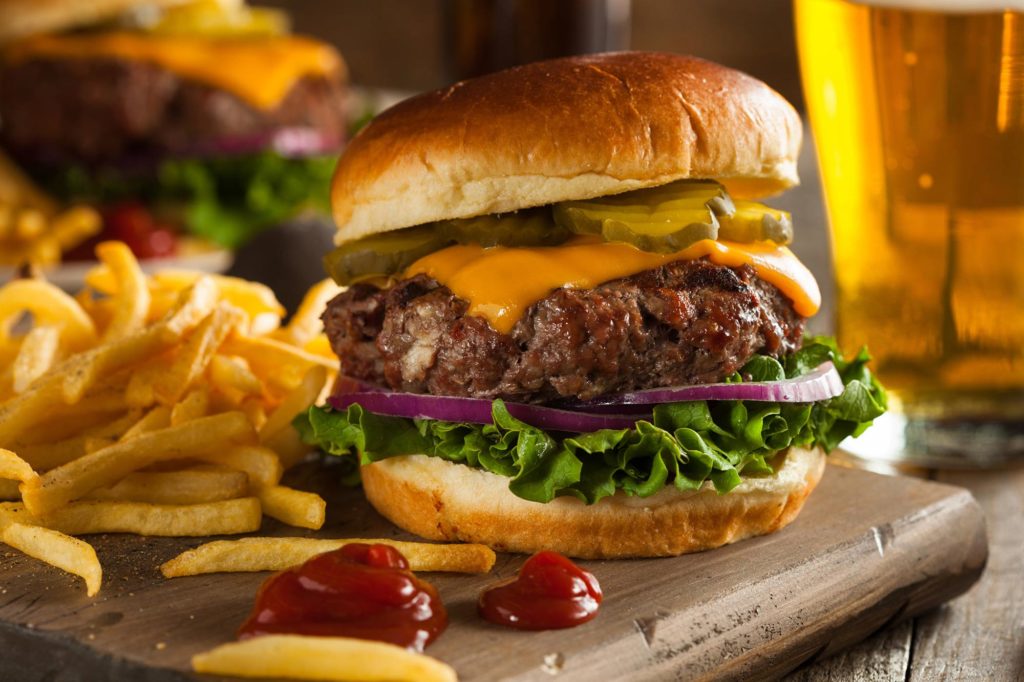 The tastiest burgers in town are here at Country Boy! You don’t pay extra for premium generous toppings!

Both burgers are served deluxe with fries and coleslaw

Homemade Soup of the Day – why not start with one of our famous homemade soups!

Poutine
A hefty portion of fries topped with gravy and shredded marble cheese.

Caesar Salad
You’ll fall in love with our great Caesar salad made with fresh romaine and carefully blended with our creamy tangy dressing.

Served with soup or salad and garlic bread.

Veggie Stir Fry
A delicious way to enjoy the goodness of garden fresh vegetables. Tomatoes, green peppers, onions and mushrooms in a flavourful sweet sauce served on a bed of rice. 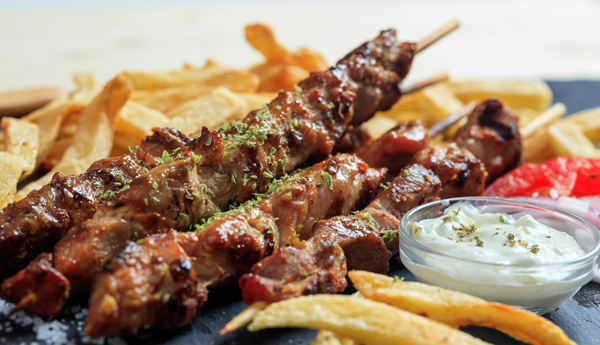 Served on a bed of rice, with Greek salad, choice of potato, tzatziki sauce and garlic bread.

Souvlaki Combo
The best of both: one skewer of tasty port souvlaki and one of tender chicken.

Shrimp Combo
The best of both: one skewer of tasty pork souvlaki and one of tender chicken.

Gyros Dinner
A fantastic truly Mediterranean dish. This meal of ancient king’s is served with pita bread, Greek salad and your choice of potato.

Mediterranean Pitas
Chicken or Pork Souvlaki on a Pita
Souvlaki on a fresh pita with chopped onions tomatoes and tzatsiki sauce.

Gyros on a Pita
Gyros rolled in a fresh pita

Served with either soup or salad plus garlic bread, vegetables and choice of potato or rice.

Seafood Platter
A feast from the seal. Sole, salmon and six perfect shrimp.

Our steaks come from local farms from Norwich Packers, aged 28 days… the same steak elsewhere you’ll pay double the price! Our ribs are fall-off-the-bone delicious from Melrose Farms in Canada and our chicken comes from St. Clements Farms, Fresh and never frozen. At Country Boy we always serve fresh meats!

All served with either soup or salad plus garlic bread, vegetables and choice of potato.

Delicious Back Rack of Ribs
Tender pork back ribs BBQ’ed to perfection. Mouth watering and falling off the bone, basted with our home made sauce.

Weiner Schnitzel
Just the way Kitchener likes it! A large portion of our pork, lightly breaded and served with sauerkraut, apple sauce and a lemon wedge.

We would like to thank you our valuable customers and we appreciate your patience while we renovated the restaurant. The restaurant looks beautiful and is waiting for you, 7 days a week!

We welcome you to try Country Boy Family Restaurant, we can bet that in no time we’ll become a household favourite!